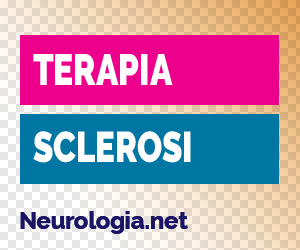 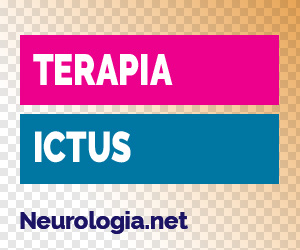 This Warning Letter concerns Merck & Co. Inc.’s (Merck) promotional activities and materials for the marketing of Vioxx (rofecoxib) tablets. Specifically, we refer to promotional audio conferences given on behalf of Merck by Peter HoIt, MD, a press release, and oral representations made by Merck sales representatives to promote Vioxx. As part of its routine monitoring and surveillance program the Division of Drug Marketing, Advertising, and Communications (DDMAC) has reviewed your promotional activities and materials and has concluded that they are false, lacking in fair balance, or otherwise misleading in violation of the Federal Food, Drug, and Cosmetic Act (the Act) and applicable regulations. See 21 U.S.C. 33 l(a) and (b), 352(a), (f), and (n), and 355 (a).

You have engaged in a promotional campaign for Vioxx that minimizes the potentially serious cardiovascular findings that were observed in the Vioxx Gastrointestinal Outcomes Research (VIGOR) study, and thus, misrepresents the safety profile for Vioxx. Specifically, your promotional campaign discounts the fact that in the VIGOR study, patients on Vioxx were observed to have a four to five fold increase in myocardial infarctions (MIs) compared to patients on the comparator non-steroidal anti-inflammatory drug (NSAID), Naprosyn (naproxen).

Although the exact reason for the increased rate of MIs observed in the Vioxx treatment group is unknown, your promotional campaign selectively presents the following hypothetical explanation for the observed increase in MIs. You assert that Vioxx does not increase the risk of MIs and that the VIGOR finding is consistent with naproxen’s ability to block platelet aggregation like aspirin. That is a possible explanation, but you fail to disclose that your explanation is hypothetical, has not been demonstrated by substantial evidence, and that there is another reasonable explanation, that Vioxx may have pro-thrombotic properties.

You have also engaged in promotional activities that minimize the Vioxx/Coumadin (warfarin) drug interaction, omit important risk information, make unsubstantiated superiority claims against other NSAIDS, and promote Vioxx for unapproved uses and an unapproved dosing regimen. In addition, in misrepresenting the Vioxx/warfarin drug interaction you also misrepresent Vioxx’s safety profile by minimizing the potentially serious risk of significant bleeding that can result horn using Vioxx and warfarin concomitantly.

Vioxx is a NSAID with selective cyclooxygenase 2 (COX-2) inhibitory properties. It was approved on May 20, 1999, for the treatment of primary dysmenorrhea, for the management of acute pain in adults, and for relief of the signs and symptoms of osteoarthritis.

Prior to approval, endoscopy studies were submitted to the original NDA database demonstrating that treatment with Vioxx 25 mg or 50 mg daily was associated with a significantly lower percentage of endoscopically apparent gastroduodenal ulcers than treatment with ibuprofen 2400 mg daily. Because the correlation between findings of endoscopic studies and the relative incidence of clinically serious upper gastrointestinal (GI) events was unknown, after approval, Merck sponsored the VIGOR study to obtain information regarding clinically meaningful upper GI events and to develop a large controlled database for overall safety assessment.

The VIGOR study included approximately 4000 patients per treatment arm (Vioxx 50 mg a day or naproxen 1000 mg a day) treated for a median time of 9 months. The primary endpoint of the study was the relative risk of confirmed PUBS (peforations, symptomatic ulcers, and GI bleeds) in patients with rheumatoid arthritis taking Vioxx 50 mg daily (two to four times the approved dosing regimen for Vioxx in osteoarthritis), compared to patients taking naproxen, 1000 mg daily. The study also compared the safety and tolerability of the two treatments in patients with rheumatoid arthritis. The results of the study demonstrated that patients on Vioxx had a significantly lower cumulative incidence of PUB’s compared to patients on naproxen (2.08% and 4.49% for Vioxx and naproxen respectively).

Other important results from the VIGOR study included the unexpected findings that investigator reported serious cardiovascular events occurred in 101 patients (2.5%) in the Vioxx treatment group compared to 46 patients (1.1%) in the naproxen treatment group, and MIs occurred in 20 patients among 4047 in the Vioxx treatment group (0.5%),compared to four patients among 4029 in the naproxen treatment group (0.1%). These unexpected findings were extensively discussed at the FDA Arthritis Advisory Committee Meeting on February 8,2001. Although, the reason for these differences is not clear, possible explanations include both an ability of naproxen to function as a cardioprotective agent and a pro-thrombotic property of Vioxx.